Oil and wax on canvas

Silkscreen on canvas with Diamond Dust

Octavia Art Gallery is pleased to present Pop Abstraction, a marriage of Abstract Expressionism and Pop Art. This exhibition characterizes the meeting of the two movements in the second half of the 20th century, during what is known as the post-war period.

Abstract Expressionism surfaced in the 1950’s focusing on the artist’s psyche and spontaneous approach. It was meant to encompass the work of painters who filled their canvases with fields of color and abstract forms, and also those who attacked their canvases with a vigorous gestural expressionism. Theodoros Stamos was one of the youngest of the original group of abstract expressionist painters in New York, labeled the “Irascibles”. Jack Tworkov was also a prominent figure of the movement whose gestural paintings of the 1950s formed the basis for the Abstract Expressionist movement. Originally influenced by the early Abstract Expressionists, Sam Francis later became associated with a second generation of Abstract Expressionists and is credited with helping secure international recognition for post-war American painting and infusing lyricism into the movement. Another artist in the second generation, Kikuo Saito’s paintings fuse the painterly with the calligraphic, adding a framework to the more unrestricted abstract strokes. Dan Christensen also took inspiration from the early Abstract Expressionists, but with a new approach, creating his Minimal “Bar” paintings. Whereas, David Row utilized the influences to develop his own style of gestural oil paintings with rhythmic, flowing lines, interrupted by periodic fractures and breaks.

The other primary post-war movement was Pop Art. Pop Art was focused on iconic imagery, mass production and consumerism, in contrast to the ambiguous nature of Abstract Expressionism. Andy Warhol was a leading figure in the Pop Art movement, creating multiples of the same iconic images to accentuate the idea of mass consumerism. American painter and graphic artist, Robert Rauschenberg’s early works anticipated the movement using non-traditional materials and objects to create innovative combinations. Keith Haring’s work expressed concepts of birth, death, sexuality, and war. His art has become a widely recognized visual language reflecting the world and politics in the 1980s. Long-time assistant to Andy Warhol, Ronnie Cutrone was best known for his cartoon characters on top of a flag. Cutrone was a representative of the school often called post-Pop.

Contemporary artists who are associated with Pop Art have taken the original standards and ideas to altered and elevated levels. Jim Dine is known as a Pop Artist, although he does not consider himself to be part of the movement. Personally meaningful objects were Dine’s central motifs, as in his series of robes and hearts. Mr. Brainwash is a French-born, LA based street artist, actually named Thierry Guetta. Brainwash’s style fuses Pop Art imagery with contemporary cultural iconography, creating Pop-Graffiti Art, which has been made popular by other street artists. Rubem Robierb is also linked to the Pop Art movement because he uses two-dimensional images and repetition s a resource, although Robierb adds another level of depth by filling his works with hidden meanings.

Though Abstract Expressionism and Pop Art are in opposition, both post-war movements are of the most recognizable modern styles in Art History. 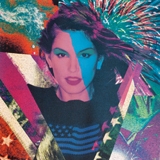