Octavia Art Gallery is pleased to announce our second solo exhibition of gallery artist Joe Zammit-Lucia. The exhibition will feature the artist’s well-known animal portraits along with a selection of works from his Color New Orleans project. Zammit-Lucia’s exhibition will be held in conjunction with the 9th Edition of PhotoNOLA, an annual celebration of photography in New Orleans.

Zammit-Lucia is one of the world’s leading animal portrait artists. He applies the approaches and techniques of formal human portraiture to animals – many of which are endangered – as a way to explore issues related to animal individuality, human-animal relations, and environmental and species conservation. Zammit-Lucia’s portraits are atypical of many photographs of animals in that they isolate individual subjects, away from a pack or family, and in doing so the artist is able to focus our attention on the individuality of each animal. Additionally, Zammit-Lucia extracts each subject from any habitat or landscape, so that they are situated in stark contrast to a solid black background. The artist’s thoughtful considerations to form, light and composition allow him to capture the unique traits and expressions of each animal, showing their personality and depicting the inherent grace, regality and beauty in each subject.

As a further exploration of the art of portraiture and its interpretation, Zammit-Lucia has recently completed a body of work focusing on the people of New Orleans.  Just as Zammit-Lucia’s animal portraiture intends to portray the individual feelings of an animal, the aim of the Color New Orleans project is to capture the spirit of New Orleans as seen through its people and its unique architectural landscape.  Independent of explanations and interpretations, these images allow the viewer freedom to conceive his or her own notions of the city and its people, unburdened by other’s views and biases.

Zammit-Lucia's work has been presented in major public forums such as the United Nations Headquarters in New York, the National Museum of Natural History in Paris, the United Nations Palais des Nations in Geneva, Switzerland, and in private galleries in Europe and the United States. His images were exhibited in Venezia Immagine on the occasion of the Venice Biennale in 2007. Zammit-Lucia donates profits from his work to environmental causes.

For further information or images, please contact the gallery at art@octaviaartgallery.com. 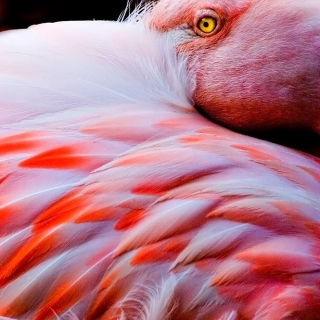