Octavia Art Gallery is pleased to present our first solo exhibition with artist Betsy Eby entitled Songs for the Delta. The show coincides with Eby’s current exhibition, Painting with Fire, on view at the Ogden Museum of Southern Art through October 25, 2015.

Betsy Eby’s lyrically abstract paintings are created using an encaustic technique. This ancient process is one by which layers of pigment, sap and wax are molten when applied to the canvas and are then reheated by torch flame in order to fuse each layer together. It is a laborious and delicate process that Eby has refined over the years, generating a signature method and language through which she intuitively composes her lush and dynamic works. Her resultant canvases have a luminous organic surface coupled with a spatial density that is created, not just from layering her material, but also from the gestural and rhythmic application of pigment within each layer. While some forms and strokes appear saturated and well-defined, others are obfuscated, becoming opaque as they recede into deeper layers. The balance of these delicate and bold marks within the compositional structure evokes musical rhythms as well as the beauty and movement found in nature.

Eby is a classically trained musician and often plays the piano in her studio while in the midst of painting. Classical music arrangements have consistently served as inspiration in the artist’s work, and visually her paintings capture that essence. The physical and sculptural quality of encaustic paint paired with an abstraction of music and the natural world beautifully coalesces in Eby’s work. Each painting hovers between the material and immaterial and provides the viewer with a visceral and sensorial reaction.

Originally from the Pacific Northwest, Eby moved to Georgia two years ago. Throughout her practice, the natural surroundings and feel of a specific area have infused her paintings with a sense of place. With Eby’s move to the South, she has expanded her palette to include warmer colors evocative of the area such as peach, cornflower blue and a sunny yellow, yet she still retains the soft oyster hues that have become signature in her work. Additionally, several paintings included in Songs for the Delta have a dreamlike, mysterious quality reminiscent of a nocturne. Steeped in an Old World sensibility, they leave the viewer with the sensation of nightfall, stillness and solitude.

Betsy Eby received her BA from the University of Oregon and splits her time between studios in Columbus, Georgia and Wheaton Island, Maine. Her work has been exhibited widely throughout the United States and is included in several collections including the Tacoma Art Museum, Tacoma, WA; the Columbus Museum, Columbus, GA; the Georgia Museum of Art, Athens, GA and several United States Embassies around the world. 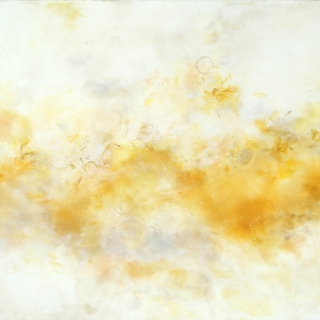